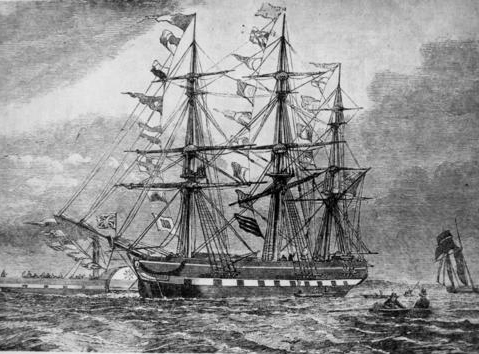 Samuel and his wife did not remain in Brisbane but travelled to Sydney in September 1849.[11] It is not known if their departure was a result of disillusionment with the unfulfilled promises of Lang concerning the provision of land for the immigrants or whether it was related to the death of their infant son, Samuel, which occurred a few weeks before.[12] In Sydney, however, they wasted no time linking with the END_OF_DOCUMENT_TOKEN_TO_BE_REPLACED

In 1902 the Hawkesbury Herald wrote that

No man more truly deserved the name of philanthropist than Mr Comrie … he busied himself during the later years of his life by doing good by stealth. The perfume of good deeds, however, always betrays the doer sooner or later…[1] 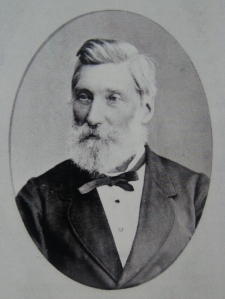 James Comrie was a Scot, born in Edinburgh 1 May 1816 and he died at Kurrajong Heights at Northfield on 2 November 1902.[4] He was the youngest of eleven children born to Peter and Helen Comrie[5]. James’ father died when he was two years old and he was raised by his pious Presbyterian mother. Though his mother was a ‘strict Presbyterian she had a catholic spirit, and took her children sometimes to hear Dr Thomas McCrie, Christopher Anderson,[6] and Wesleyan ministers’.[7] James himself was to emulate this religious catholicity, interacting and enjoying the company of Christians of all persuasions. His schooling must also have added to his non-sectarian outlook for he attended a Quaker school.

END_OF_DOCUMENT_TOKEN_TO_BE_REPLACED

The name of Henry Brougham Richard Lee, abbreviated to H B Lee, became synonymous with the work of the Sydney City Night Refuge and Soup Kitchen in the period 1868 to 1883. His great gift to the organisation was not just his ability to relate to the ‘down and out’ of the community, but his skill in convincing merchants and business people to donate goods and food stuffs to this philanthropic work.

Lee was born at Finsbury, England, on February 26, 1831, to a shoemaker named Thomas Lee and his wife, Sarah Beal, and he came to the colony of NSW on the Plantagenet, arriving in July 1853. In 1860,[1] he married Harriet Miller (1833-1878) and they had four children: Florence Mary Ann (1861-1909), Eveline Maud (1863-1937), Grace Hannah (1865-1867) and Alfred Ernest (1869-1953). It appears that Henry ‘had the misfortune to be deformed and short of stature’,[2] but this did not impede him as he was frequently described as being energetic and indefatigable. In England he had been apprenticed to a nautical instrument maker,[3] and went into partnership with Thomas Drinkwater in 1854 after his arrival in Sydney.[4] They operated as Drinkwater and Lee, engineers who specialised in brass fittings, but the partnership was short-lived and was dissolved in April 1856.[5] This was to be the first of a number of such short-lived and unsuccessful business and professional positions in which Henry was involved.

In January of 1856, Lee published the first volume of The Australian Band of Hope Review and Children’s Friend which was a journal for the promotion of temperance.[6] It was to be published fortnightly, cost three pence, and was to be a children’s magazine consisting of anecdotes, stories and poetry, and often promoting the temperance message. Over time, it changed its emphasis from children to a more general audience and changed its title to The Australian Home Companion, but it remained a temperance advocate. Whatever else the newspaper may have done, it had the distinction of being the first newspaper to publish a Henry Kendall poem in February 1859.[7] The poem was entitled ‘Oh Tell Me Ye Breezes’ and was on the disappearance of Ludwig Leichhardt, the explorer.[8] It is clear the newspaper was not a commercial success for as early as 1857, after only fourteen months of publication, it was in trouble as its circulation was just 1,000 copies. The paper was barely covering its expenses and attempts were made by the public to raise £100 to defray its expenses.[9] By October 1859, the circulation had increased to 1,900 but the paper still struggled financially. Lee remained the proprietor until December 1860 when he was forced to sell the paper to cover his debts.[10]

In 1860, Henry became the first teacher for the Sydney Ragged School, the school founded by Edward Joy. Joy had advertised for a special sort of teacher who was more than just a teacher of reading and writing, but also someone who ‘has a truly Christian interest in the welfare of the class of children for whom the school is intended and who has at the same time the gift of winning the attention and securing the affection of such children.’[11] Lee[12] was engaged as a teacher and his END_OF_DOCUMENT_TOKEN_TO_BE_REPLACED